In the 1820s, 30s and 40s, the flourishing cruise industry led to new types of accommodations as Cacouna and La Malbaie joined the old favourites as the new star destinations. Locals began renting out their homes and spending their summers in the fournil, a smaller side house. Local hotel owners, like Thomas Ely of Rivière-du-Loup, opened establishments especially for summer visitors. A tradition of hospitality unique to the region came about.

However, the arrival of large steamboats and passenger trains changed these traditions. Businessmen rented local homes and, in turn, rented them to tourists as seasonal boarding houses. Hoteliers from Montréal and Québec opened hotels, competing with local entrepreneurs. These ever larger and grander hotels widened the offering of services: transportation of vacationers and their baggage, stables for their horses, canoe rentals, fishing expeditions and ballrooms. Each sought to make a buck!

The shipping, railway and tourism industries were mutually beneficial. Tourism reached a new peak when the prosperous shipping companies opened their own hotels in Tadoussac and Pointe-au-Pic on the northern shore. Vacationers bought peace of mind. From the time they left the city until their return, they received impeccable service. Along the way, they found “quality” travelling companions, magnificent natural settings and the charm of the unfamiliar. 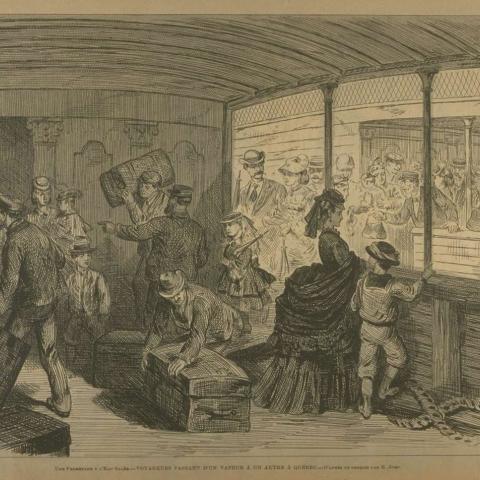 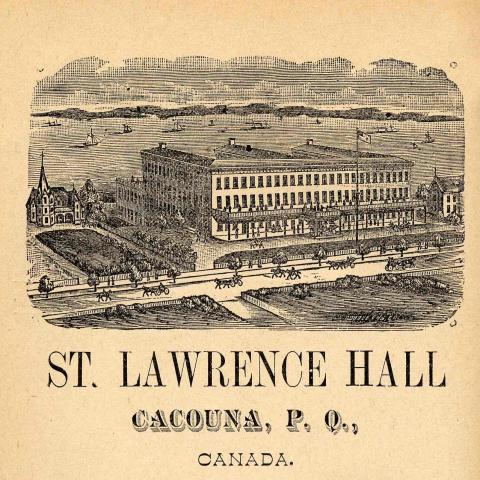 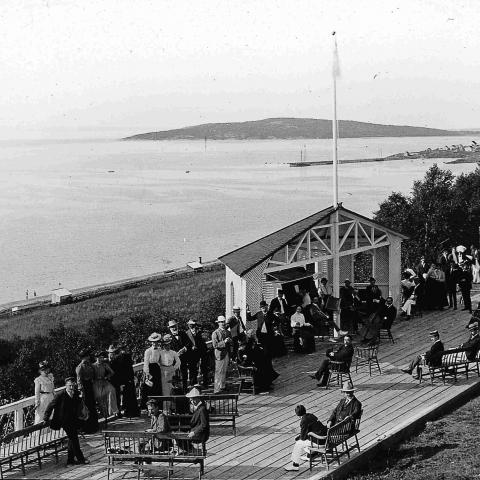 Feet in the water 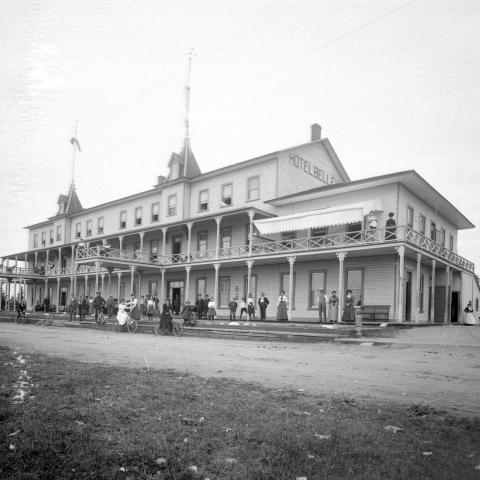 A room, just steps from the wharf 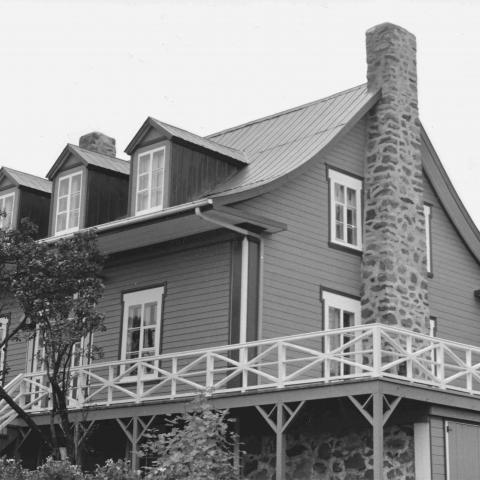 “I rented a pretty little cottage...” 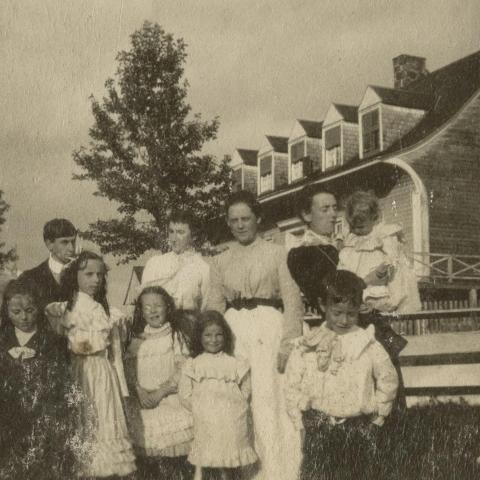 The home of the habitants 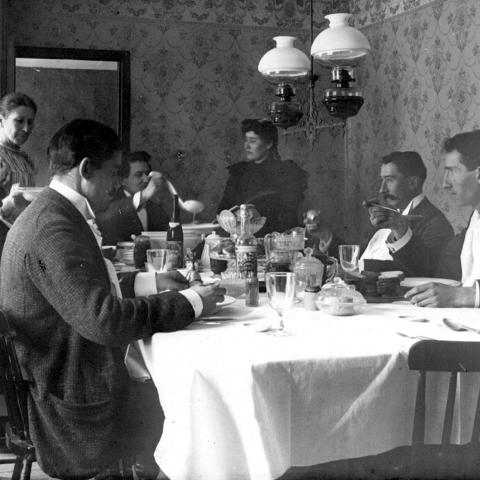 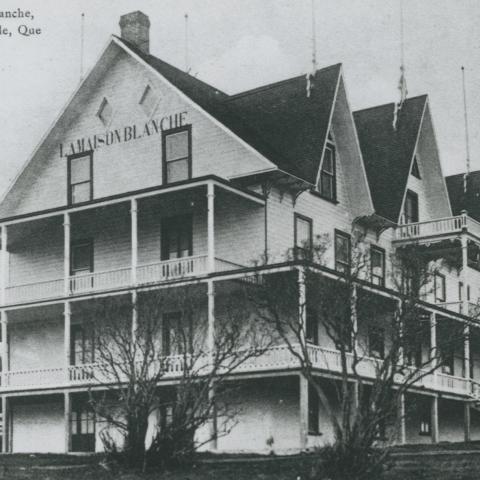 The Maison blanche in Rivière-du-Loup 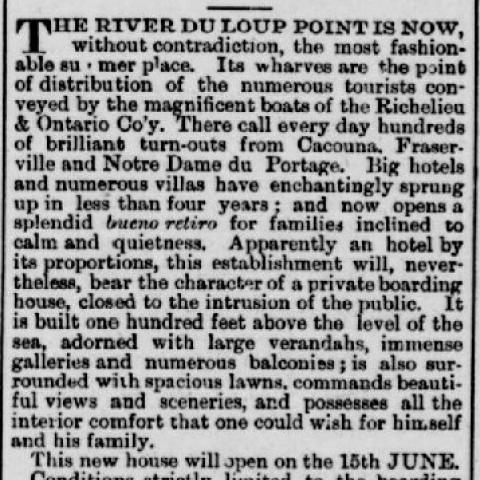 An invitation to relax 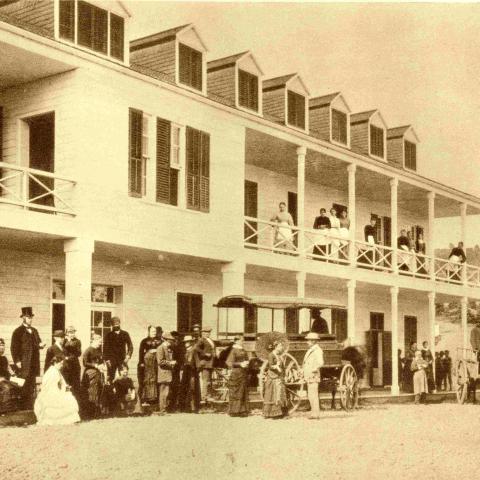 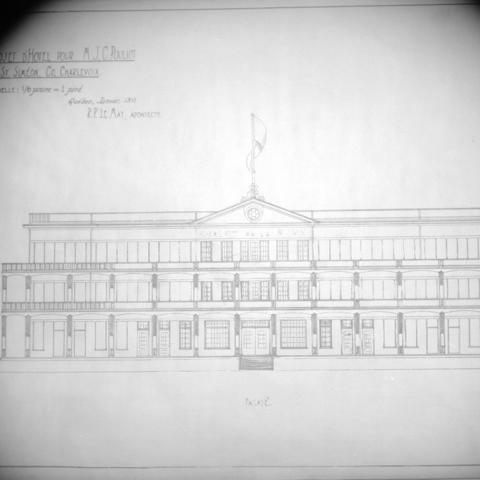 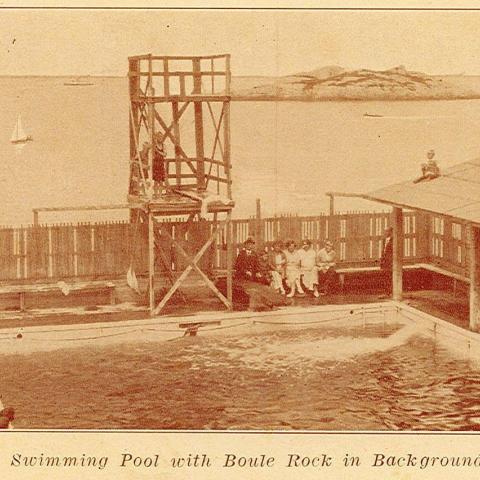 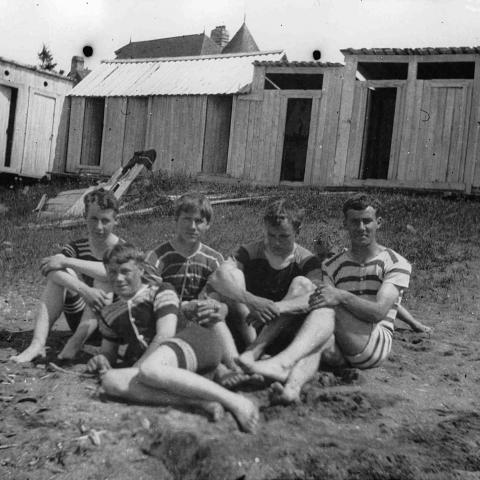