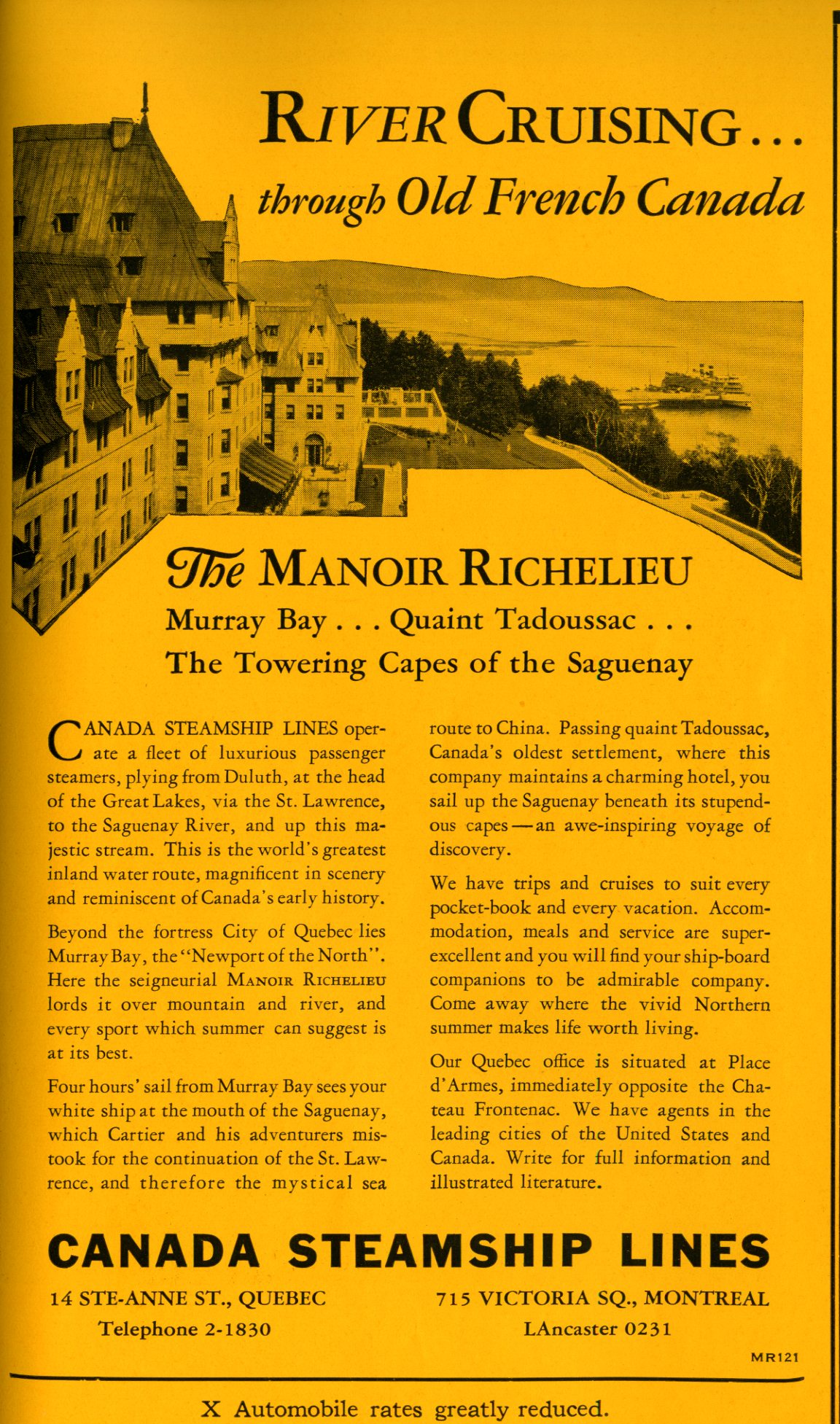 Ad for the Manoir Richelieu at Pointe-au-Pic.

Hotel and the cruise ship revenues were closely linked. This is why, when the first Manoir Richelieu burned down in the fall of 1928, it was decided to rebuild right away. This impressive steel and concrete building was erected in the middle of winter. Workers were sheltered by a wooden structure that was heated by a locomotive boiler. This even larger 350-room hotel was ready for the 1929 season, mere months before Wall Street crashed in October 1929.

In this 1933 ad, Canada Steamship Lines used French Canadian history as a selling point for its cruises. The Manoir Richelieu also played a little with words, as its name conjures up a seigniorial manor even if this was not at all the case! During this period, the Château Frontenac hotel in Old Québec belonged to the Canadian Pacific Railway.