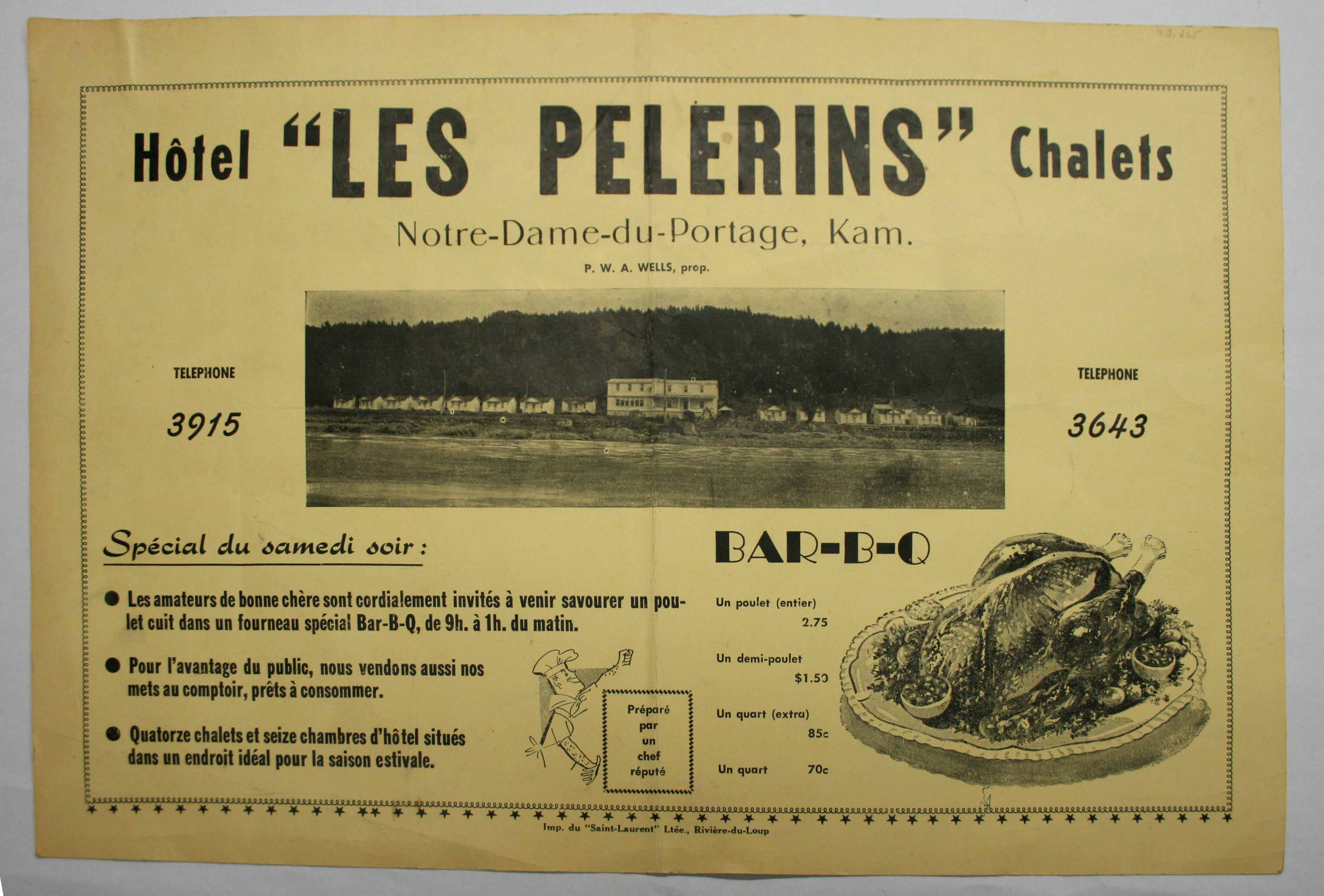 This placemat ad illustrates the changes in tourism after World War II as it became more Americanized. The customers targeted by this ad were not as well-to-do as Manoir Richelieu guests. They were offered a family menu (BBQ chicken with a “take-out” option) made by "a well-known chef" (whose name wasn’t given!).

This hotel in Notre-Dame-du-Portage was located off the highway. The tiny chalets around the main building are a fancier version of the cabin.