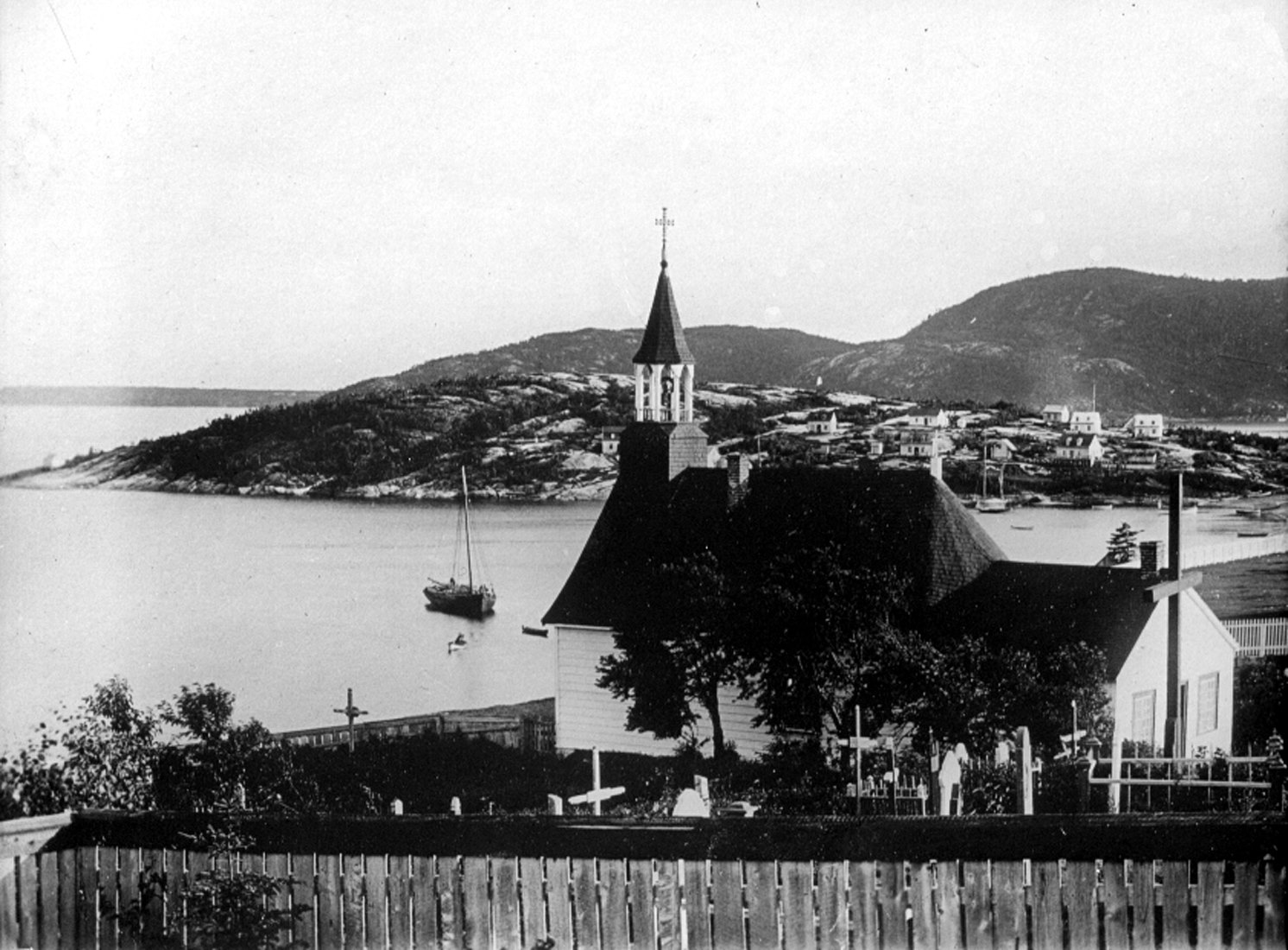 In 1600 in Tadoussac, Pierre de Chauvin de Tonnetuit founded New France’s first trading post. Several years later, the Recollect priests and then the Jesuits made it a place of evangelization. Built in about 1747, this mission chapel is one of the oldest wood churches in Quebec. It is commonly called the “Indian Chapel” because Tadoussac was a meeting and trading place before the Europeans came to the Americas, well before the first traders and colonizers settled here and certainly long before the first tourists!

When French-speaking Catholics built their own parish church in 1884, this chapel became a tourist attraction. Robert Lewis Evans remembers that in the early 20th century, people could pay to ring the bell. Although not Catholic for the most part, English-speaking summer people and tourists contributed to restoring and maintaining this chapel, which might otherwise have fallen into ruin.