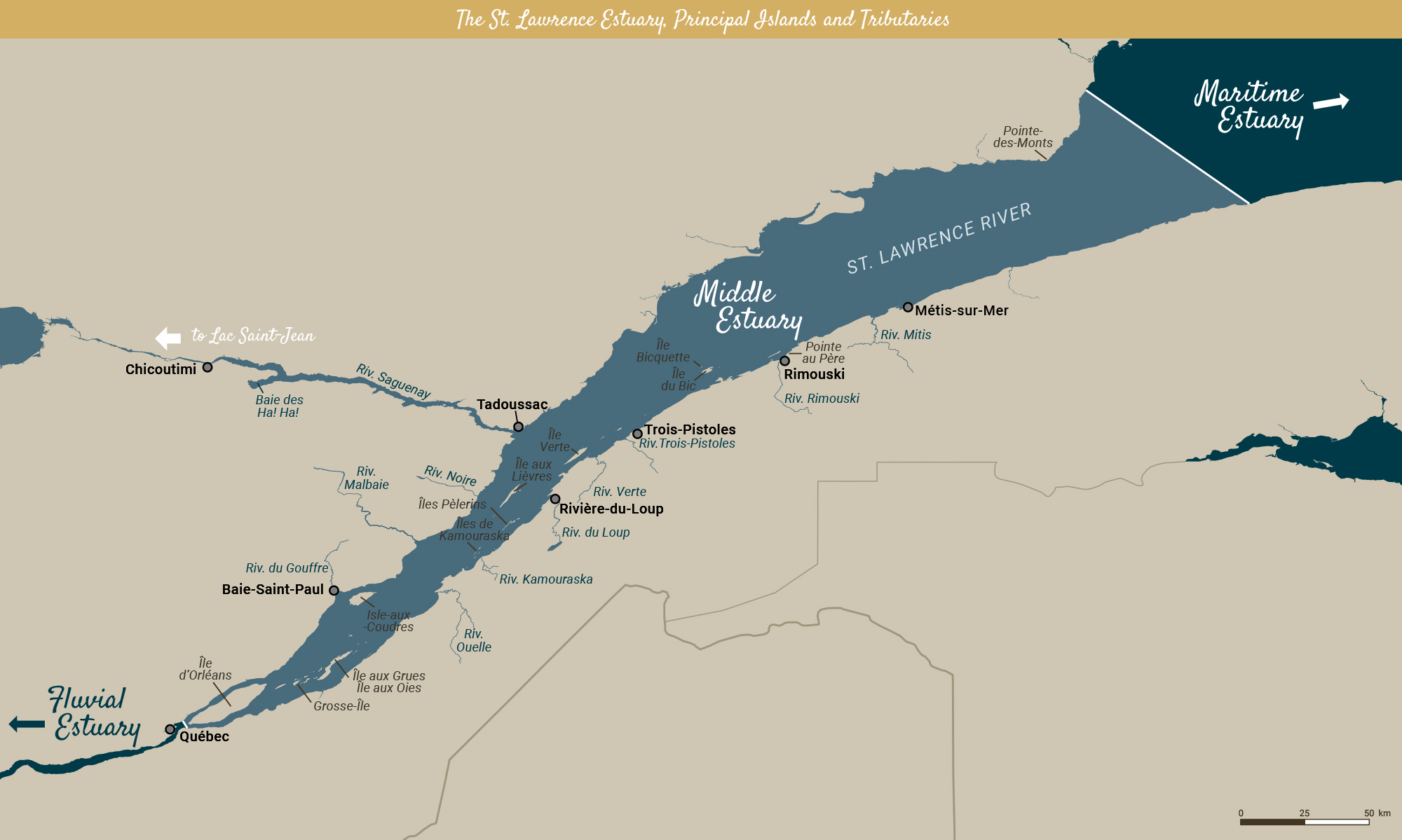 This meeting of the fresh and saltwater is a fertile and rich natural environment. Its salt marshes and islands attract many sea birds, while its waters are filled with small crustaceans (zooplancton, gammarids, krill, etc.) on which sea mammals feed, particularly belugas, fin whales, blue whales and humpback whales. This is without counting the various seal and anadromous fish species that can live in both fresh and saltwater, like salmon and the brook trout (speckled trout) that live in these areas.

For humans, the Estuary is an indispensable means of transportation and commerce that links Canada’s cities to the Atlantic Ocean. It was also the backdrop to historic naval battles, shipwrecks, miraculous fishing and the arrival of thousands of immigrants.

Geographically speaking, the banks of the Estuary are a region squeezed between two mountainous areas: the Laurentians to the north and the Appalachians to the south. Fertile land is limited, which in turn limits the population in these areas. The first summer people liked the wild allure of the landscape, the mountains plunging into the river and the Saguenay River Fjord.