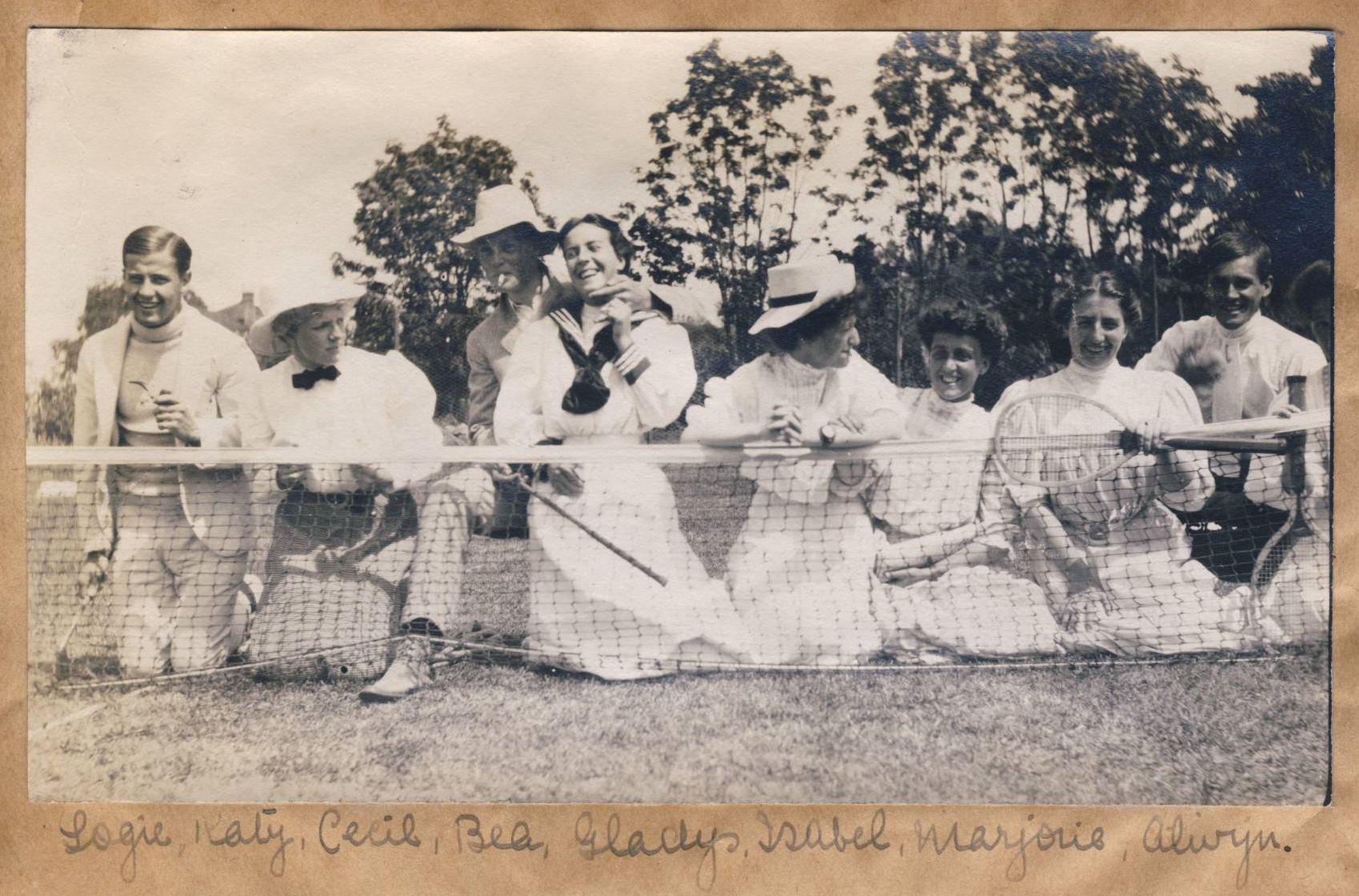 These tennis players (the Thomson and Meredith families, in particular) are dressed in a way that hardly seems adapted to playing tennis. However, in the early 20th century, women always played in long dresses! At the Allans’s, in Cacouna, everyone was welcome to play tennis, as long as they were wearing white. Since summer people were quite fond of this colour, this rule wasn’t very difficult to follow.

Tennis made its entry into the watering places in eastern Quebec a few years after golf, in the early 20th century.