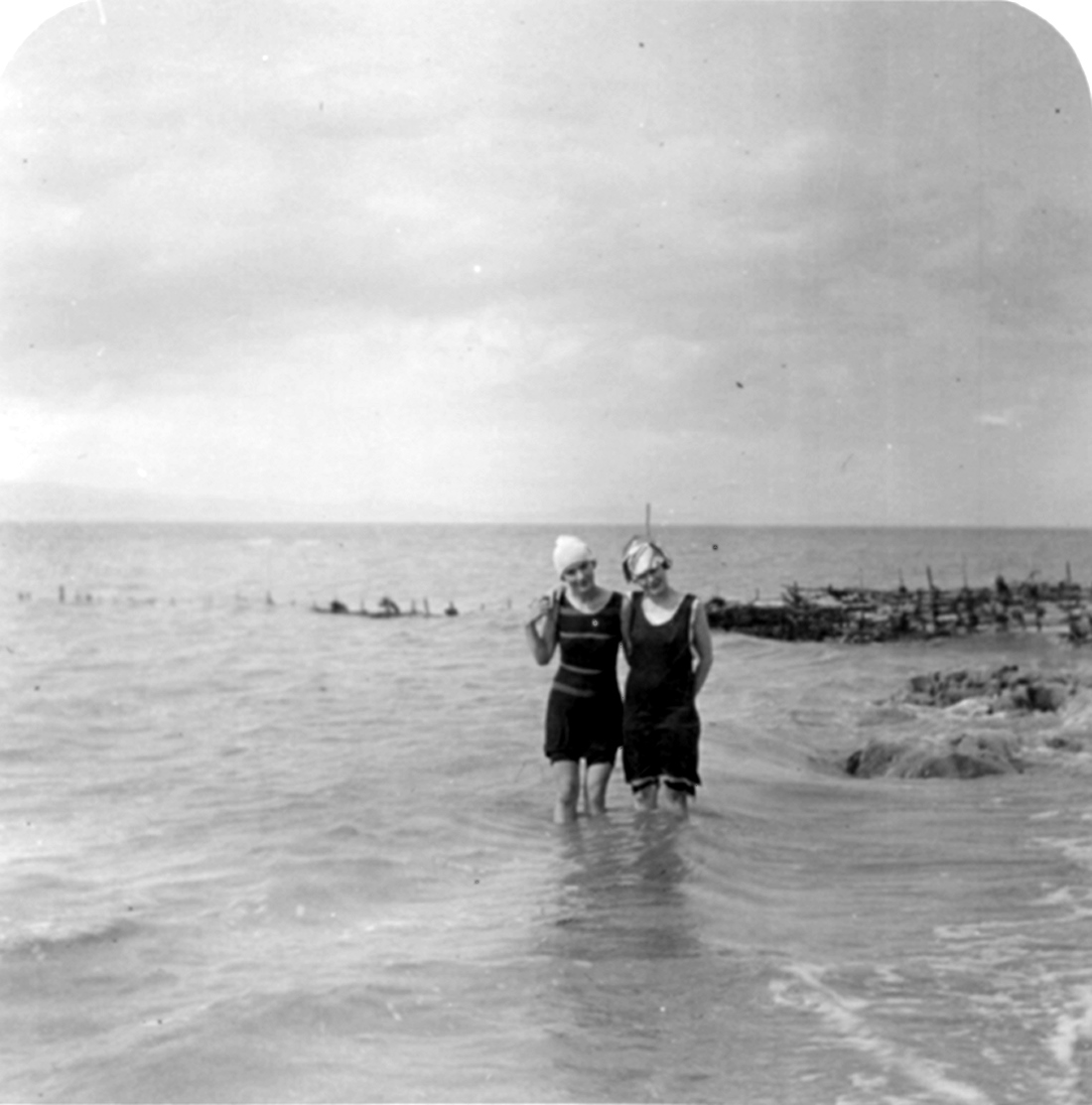 The river water is very cold, but it is said that it benefits those who dare to dive in! In the background of this photo, we see a weir fishery typical to the banks of the Upper Estuary. Several kinds of fish are caught there, according to season. Eel is one of the most typical eastern Quebec species: Hatched in the Sargasso Sea, these travellers stay for several years in Lake Ontario and the St. Lawrence before returning to their birthplace to reproduce. Summer people enjoyed visiting the fisheries at low tide and chatting with the fishermen there.

Did you know that another kind of weir fishery was used to catch beluga whales, the fat and skin of which was in high demand?