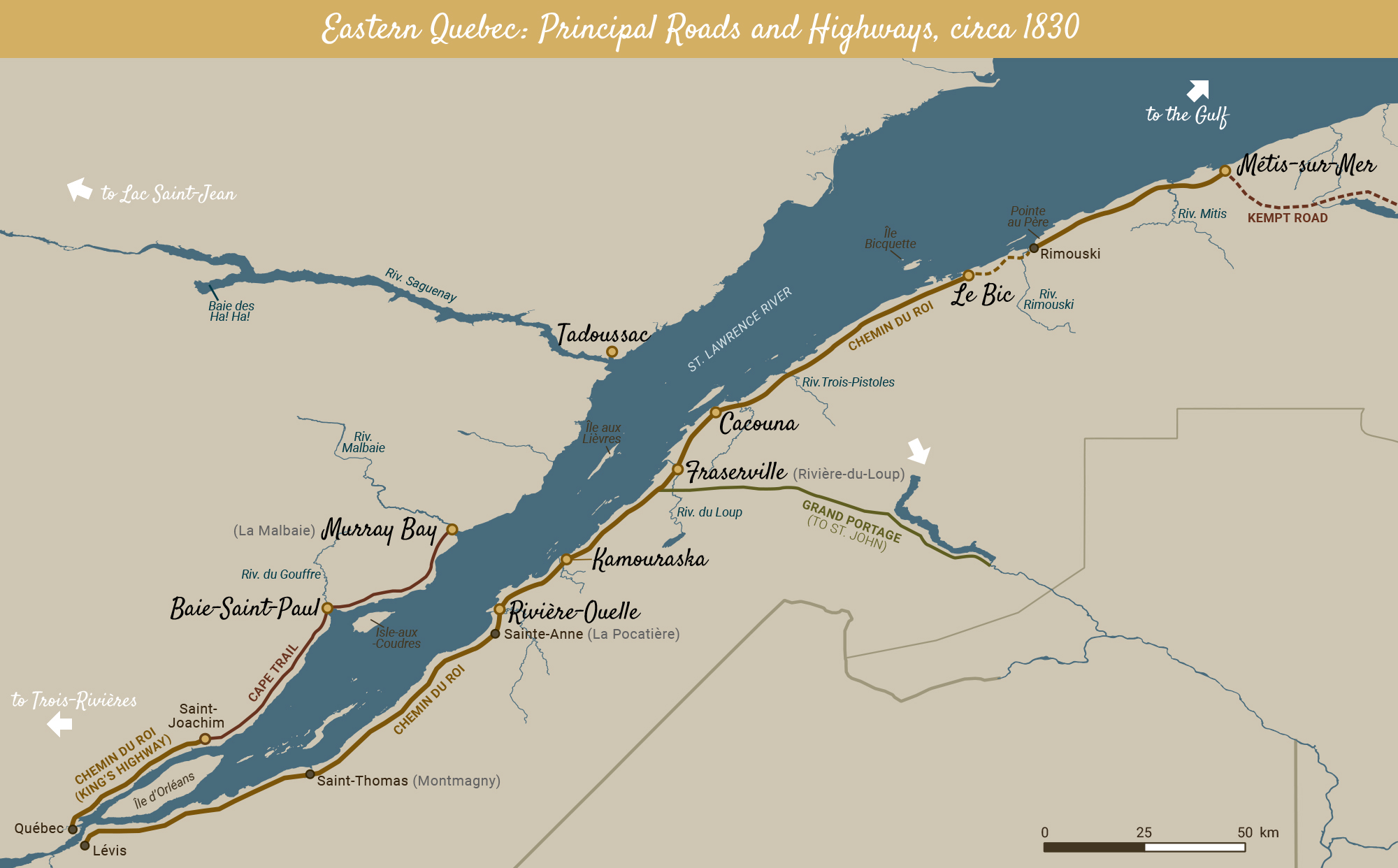 In the first quarter of the 19th century, the old King’s Highway did not go along the northern shore east of Quebec. Even though Cape Trail was finished, it wasn’t always easy to travel to Baie-Saint-Paul. It would take several years yet for a road to La Malbaie.

The little towns along the St. Lawrence’s southern shore developed more quickly than those on its northern banks. The area’s much gentler slopes facilitated road construction. However, the many rivers there didn’t give travellers an easy time of it! Grand Portage Road allowed travellers to reach the Atlantic from the current town of Notre-Dame-du-Portage (and later from Rivière-du-Loup), but it crossed an uninhabited zone. Under construction from 1830 to 1833, Kempt Road connected Métis and Chaleur Bay. At this time, the peat bogs (areas with very moist and spongey soils) gave travellers taking the old King’s Highway between Bic and Rimouski quite the headache.