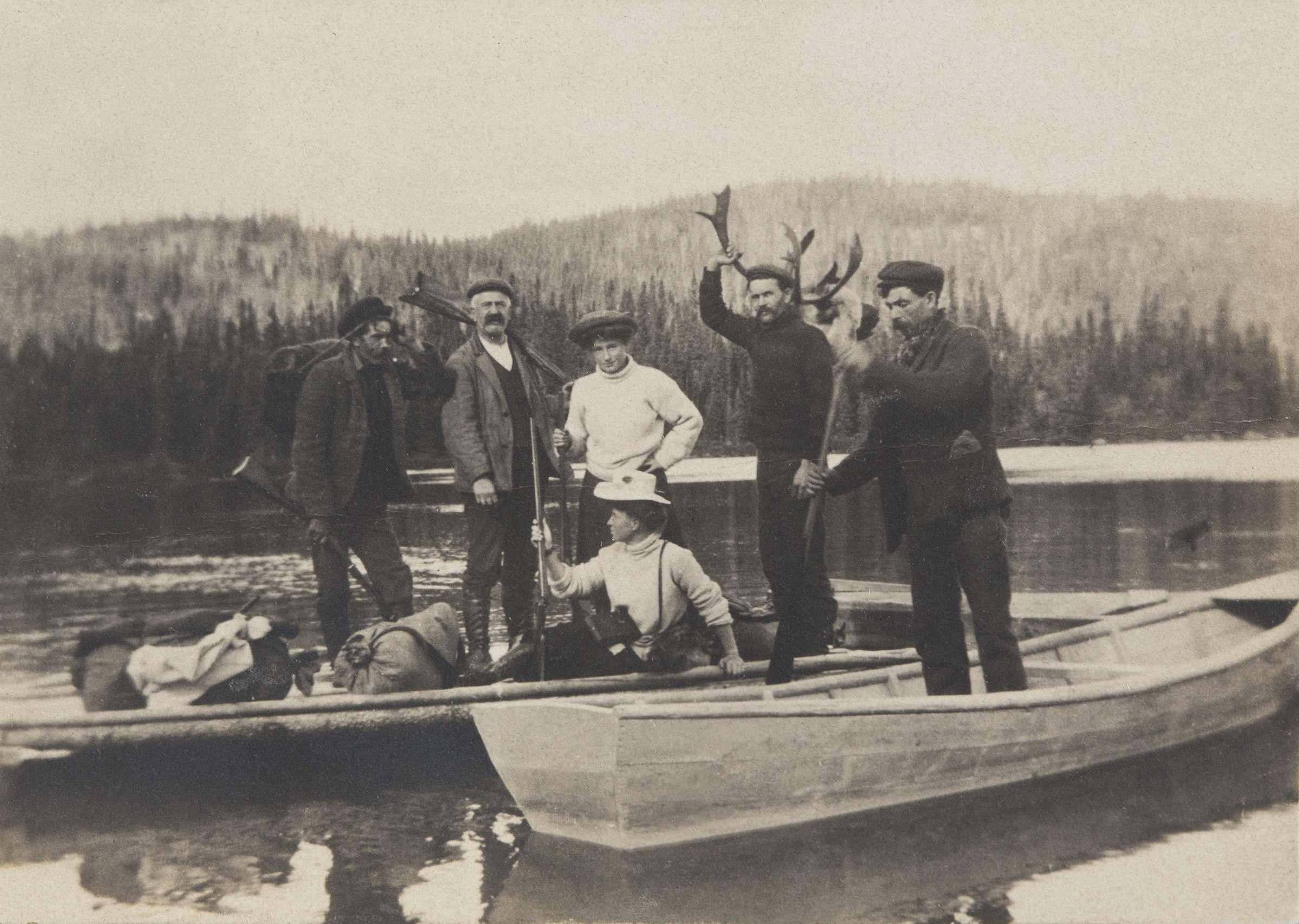 William Charles John Hall out hunting with his family in La Roche, in the Parc national des Laurentides (October 1906).

Shown here with a hunting rifle on his shoulder, William Charles John Hall (1857‒1920) was returning from hunting caribou. At the time, he was the superintendent of the Parc national des Laurentides. The caribou population was still large at the time, but just 15 years later, however, there would be not one left. A small herd has since been reintroduced, but nonetheless the current woodland caribou population is nothing of what it once was.