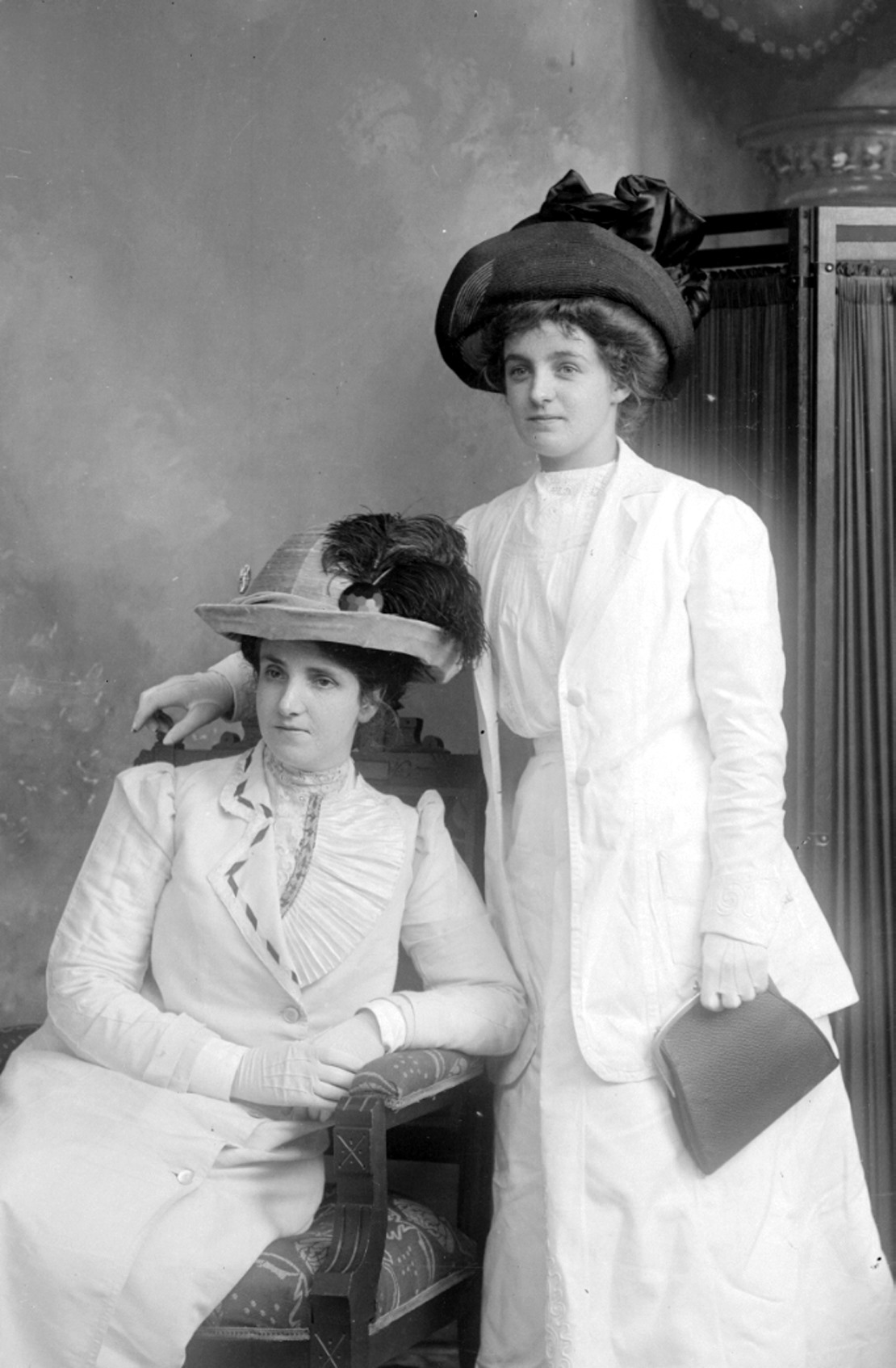 A photo ordered by Miss B. Domcott while on visit in Cacouna, 1911.

These demoiselles are wearing attire that was daytime wear for both tourists and summer people at the turn of the 20th century. Clothing was more practical than the styles popular in the 19th century. White and pale colours were favoured, except for hats and handbags. Many prominent men even wore white shoes on vacation.

Why white? Probably to clearly show that those wearing it were not workers or habitants, who generally wore dark and less easily stained clothes. Servants generally wore black dresses, with immaculately white aprons.