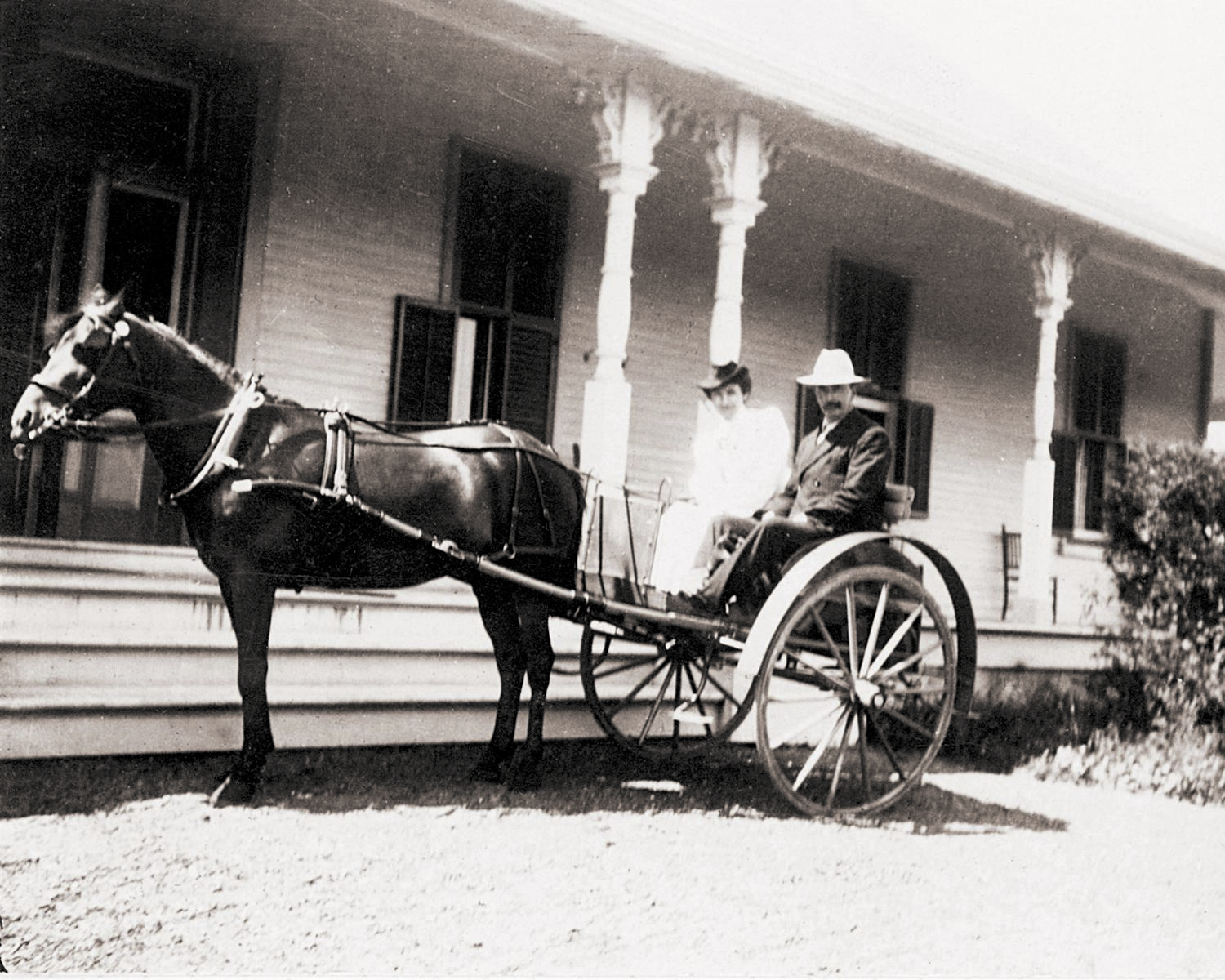 Many governors general of Canada frequented eastern Quebec over the summer, from 1867 through the early 20th century. Lord Charles Stanley Monk (1867‒1868) who stayed in Saint-Patrice, Lord Dufferin (1872‒1878) who summered in Tadoussac, or Count Bessborough (1931‒1935) who rented a summer home in Cacouna all come to mind.

This photograph shows Elsie Reford and Lord Grey (1904‒1911), who was a regular guest at Estevan Lodge. Grey was also familiar with the northern shore since he hunted at the Château-Beaumont, in the Parc des Laurentides in Charlevoix.

Did you notice that the dates in parentheses indicate the length of the governors general’s mandates?