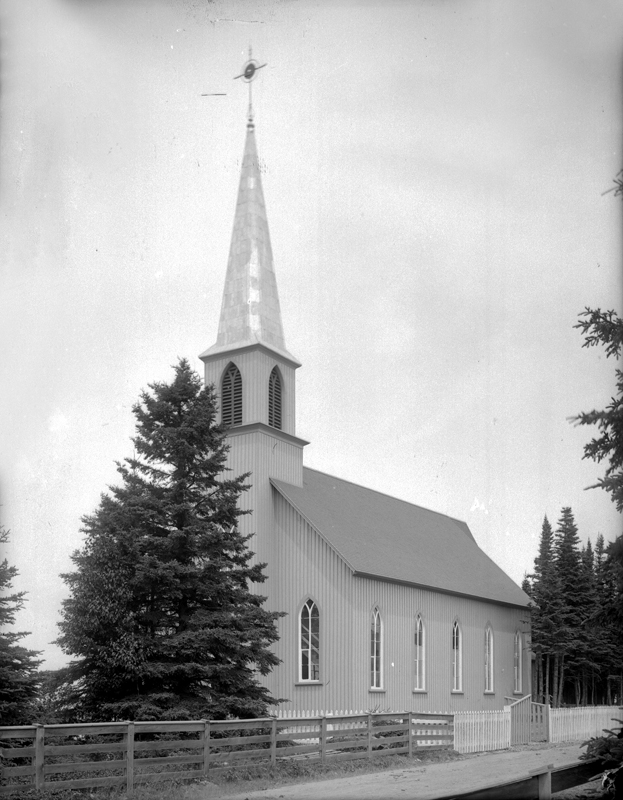 The chapel on the Point in Rivière-du-Loup.

This Catholic chapel was built in 1895, when the Point in Rivière-du-Loup was in full development. This chapel was an enticement used to attract Catholic and French-speaking summer people. The presbytery was just a few metres away. The priests who officiated there were often members of the clergy who had come to rest at the presbytery, as was the case in most English-speaking Protestant watering places.

This chapel is still occasionally open to the public, particularly for summer concerts.